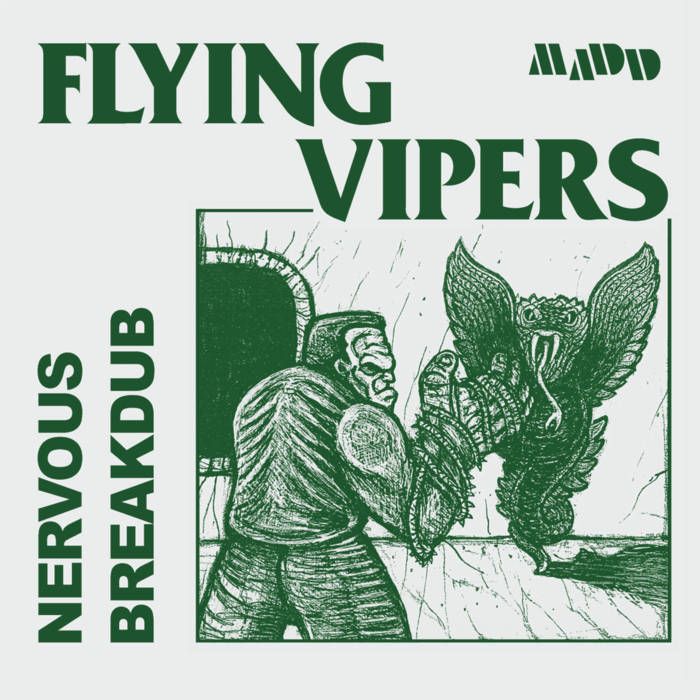 Revolt of the Apes

Nervous Breakdub (Pandemic Version) - a heavy reworking for heavy times. Fuzzed out bass and drums plus a squawking Odyssey synthesizer brings our Black Flag tribute to a stranger dimension. All 4 songs from BF's debut EP mashed into one post-punky dub fit to karaoke-scream and pogo along to.

B-side "PMA Calling" is a cover of "Jah Calling" by the Bad Brains - another band we owe a massive debt to. While the original version was an improv jam that was almost never played live and perhaps their least celebrated reggae track, the fact that it was the first reggae tune that appeared on their legendary self-titled debut cassette on ROIR makes it vital. I was a freshman in high school when I first got that tape, and having only heard big budget reggae from Bob Marley, Peter Tosh, Burning Spear and the like, this dubby track was a revelation to me and countless other punk rockers.

Trying to make the most of our social and physical distance, Marc laid the foundation with a drum machine (CR-78) and I once again used the Odyssey synth, transposing Dr. Know's melodic guitar lead into a spaced out square wave raver. Tape delays and spring reverbs galore, a little Hammond M3, and if anyone can correctly identify the sampled intro, tell us and you'll receive the LES Hardcore* Super Fan Award (*that's a hint). We could all use a little PMA right now, play it loud.